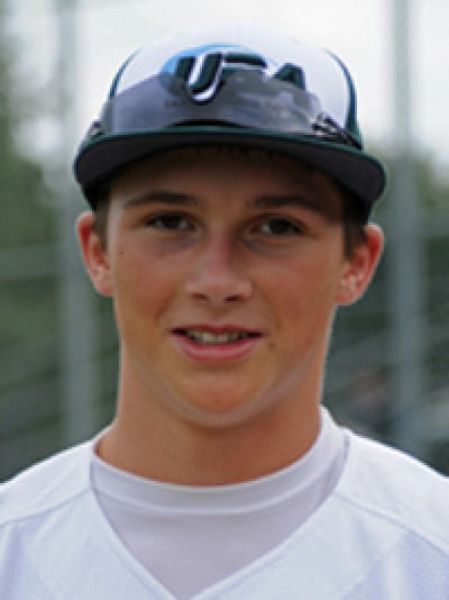 Wahoo's McGill happy to be a Husker

A brilliant, sunny afternoon at the ball park. Life couldn't be better for Quinn McGill.

The Husker outfielder got to bat, field and run on the deep green field at Haymarket Park.

“I’m loving this, to be here with 40 guys who love the sport like I do,” said the Husker freshman from Wahoo, who helped the Red team post a 5-1 win Wednesday in the Nebraska baseball team's annual Red-White Series. The third and final game is set for Thursday at 6:30 p.m. Admission is free.

McGill, who had a single in Tuesday’s victory, had a sacrifice bunt and struck out twice Wednesday. He was flawless in the field.

NU left fielder Michael Pritchard had three hits and drove in a run, while highly regarded freshman Ryan Boldt had two hits and also drove in a run to help the Reds to a 2-0 series lead.

“Getting here and learning what this is all about is pretty overwhelming,”  McGill said. “Getting the classes, the required hours in study hall, practice, is a lot to ask at the start and I got a little behind. But the coaches and the advisers really help and I feel I’m up to pace now.”

“I wasn't thinking about being here until last spring they started sending me box scores and notes about the Husker games and I started to get pretty excited. Once I got here, I didn't know what to expect other than the coaching staff would be all business and the players all want to win.

“I've found this is a great group of guys and nobody is selfish or in it just for themselves,” he said. “I thought the fall would take forever and now we just have one practice left.

“February and the season opener will probably be here before I notice it.”

Wahoo's McGill happy to be a Husker