Four members of the Wahoo High School Forensics (Speech Performance) Team competed with 18 other teams at the Oxbow Speech Tournament in Ashland on Saturday, January 12.   Andrew Smith placed third in one of his rounds in the . . . 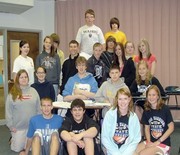 Students Learn Valuable Lesson That Effective Communication can Exist with Everyone

Utilizing information and experience gathered throughout the semester, WHS speech students are setting aside a week to teach their fellow classmates and staff about autism and communication. The motivation behind this project was a . . . 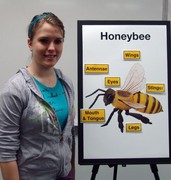 Congratulations WHS Senior Hillary Fick--the DISTRICT CHAMPION at the District Speech Contest in Schuyler on February 27! The top three places in each event advance to compete at the State competition on Thursday, March 18 at the . . .

Silly Putty, Gatorade, Crayola Crayons and chocolate chip cookies are familiar items, but did you ever wonder who invented them or how these popular items were developed? This subject was the topic for a speech assignment in Mrs. Diane . . . 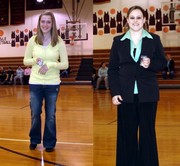 Team Heads to District Meet in Milford on March 3

Crime Scene Investigation, music in Venezuela, AIDS, chewing gum, Chief of Staff Rahm Emanuel and “cutting” were among the plethora of topics presented by the Wahoo High School Speech Team this last weekend. The team attended . . .