Sam Crawford batting for the Detroit Tigers in 1903. 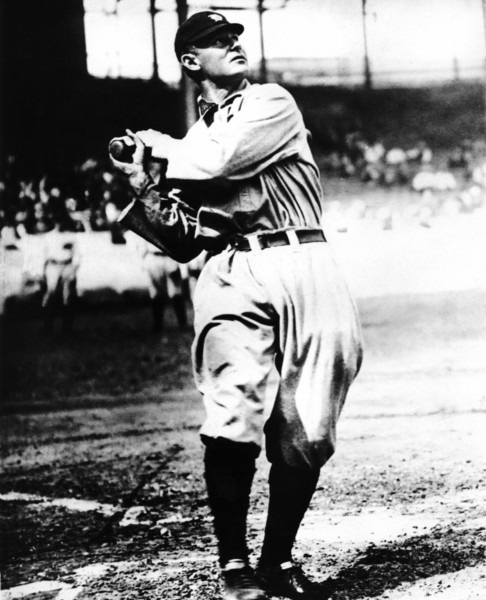 Launch the media gallery 1 player
Sam Crawford batting for the Detroit Tigers in 1903.

Magazine's Intro: "Freelance writer Shelley Frear provides a look at one of Nebraska's forgotten baseball greats "Wahoo Sam" Crawford, who was inducted into the Baseball Hall of Fame in 1957. Crawford was born and raised in Wahoo, Neb. and played for the Cincinnati Reds and Detroit Tigers.

“Wahoo Sam” Crawford has been called “the greatest mauler of a baseball who ever trod the basepaths,” “one of the three or four best outer gardeners,” and a “man of most exemplary habits…feared by his opponents and respected by his fellow players…”  All this of a man who, when he retired from major league baseball in 1917, vanished quietly into the background, almost forgotten with the passing of time.

So who was “Wahoo Sam,” and how did he earn his reputation as one of the most respected and outstanding ball players of his time?  His story began in the small town where Crawford was born and raised; and from where he would take his moniker – Wahoo, Nebraska.

Born in 1880, Sam played baseball in the streets and fields in and around Wahoo from the time he could wield a bat and throw a ball.  There was no electricity in Wahoo then – no radios or television to steal a child’s attention.  Baseball was the game to play, and play Sam did. The balls he and his friends used were homemade – string and yarn wrapped around a rubber ball, sewn up tight to hold it all together.   Real baseballs were too expensive.

Even as a youngster, Sam was a strapping boy with abnormally broad shoulders.  He was a lefty who, from the beginning, dominated the plate with his presence. Pitchers never intimidated him. His swing packed a mighty wallop.  His speed was remarkable; his arm a powerhouse.  The essential elements were all in place for the birth of a baseball hero.

However, playing professional ball was far from young Sam’s mind. In fact, not a bat or glove, but snipping, clipping, and shaving gear are the tools that Sam believed his future held.

Jobs for young men in Wahoo in the late 1800’s were mighty scarce and Sam found himself – alongside his older brother – apprenticing to a local barber.  Years later, Sam’s recollection of his time as a barber were long hours on his feet, cleaning cuspidors, washing windows, and occasionally giving a tramp a haircut.

So it was with great anticipation that 17-year-old Crawford jumped aboard the Wahoo traveling team lumber wagon in the spring of 1897 to roll from town to town seeking out games.  And it was at the end of the ’97 season that Sam’s life would take an unexpected turn that would change his future forever.

Impressed with the raw potential he’d detected in Sam during the season, the manager of the West Point, Nebraska, team sent Crawford a letter, encouraging him to join West Point’s team for a small salary.  Weighed against barbering, the choice to play baseball – and get paid – tipped the scale heavily in favor of baseball.  The next spring Sam headed for West Point to join the ranks as a paid ball player.

During an exhibition game that season, Crawford met Johnny McElvaine, a ball player from the Canadian League.  McElvaine recognized Sam’s talent and wrote his manager up north.  Tickets and travel money soon made their way to Sam, and the following spring, 1899, he was Canada bound.

Very few teams comprised the Canadian League, so around July the season ended.  Crawford was sold to Grand Rapids in the Western League.  For two months Crawford pounded the hickory for Grand Rapids. It wasn’t long, however, before Sam’s bat-snapping power swing caught the attention of scouts for the Cincinnati Redstockings. For the second time in a year, “Wahoo Sam” was sold – this time to the National League. In September 1899, Sam stepped up to the plate for the first of 30 games that fall for the Cincinnati Reds.

Ballplayers at the turn of the 20th century were a diverse and often rough lot of men.  Their reputation as rowdies made traveling with a ball team a challenge all its own.  However, Sam Crawford was, in many ways, a contradiction to the ball players in the deadball era of baseball.  When compared to the outlandish behavior and antics of many of his contemporaries, Crawford exemplified the qualities of a dignified professional while on the field and a cordial gentleman when off. 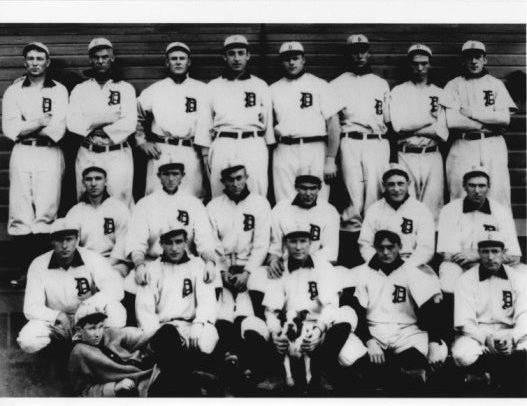 Launch the media gallery 2 player
This photograph shows the players from the 1907 Detroit Tigers. Sam Crawford is pictured in the top row, third from left. Ty Cobb is in the middle row, third from left.
Unfortunately, his dignified and quiet demeanor did not exclude him from experiencing the stigma and discomfort associated with being a ball player in the early days.  In his later years, “Wahoo Sam” recalled the early life of a ball player as being difficult. He recounted how ballplayers were perceived as crude, and when dining in public, would be placed in a back corner, out of sight of the public.

Then there was the travel.  Teams were always on the move, traveling from town to town for the next game, living out of their grips.  Train travel brought its own unique discomfort to the players. Sleeper cars were small and cramped and players would awaken covered with engine cinders.

Yet, it was a life Crawford excelled at; and a life he loved.

In 1903 “Wahoo Sam” said goodbye to the Cincinnati Reds and signed on with the Detroit Tigers as an outfielder.  The Tigers were affiliated with the new American League. Known as the “clean” league, the American League quickly developed a reputation for playing a “cleaner” less rough and dirty game of baseball.  Many of the players in the American League came from the Midwest rather than the east.  Thus, they did not carry the reputation as street roughs, as did many of the early National League players.

Sam’s 6’, 190 pound frame and easygoing manner fit in perfectly with his new team.  But it was his excellent work ethic, clean, no-nonsense lifestyle and dedicated conditioning that made him a favorite of managers and employers alike.  In fact, Crawford believed the secret to his many years in baseball, the one thing combined with natural ability that helped him succeed, could be wrapped up in one word – “conditioning.”

Consistency was another key to Crawford’s success in “the big show.”  He wasn’t a flashy player on the field, or a prima dona with the press. He simply knew what was expected and more days than not, he’d get the job done.

His echoing crack of hickory to horsehide grew legendary.  “Wahoo Sam” set and still holds the record for the most inside-the-park home runs in a single season with 12; and the most in a single career – 51.  He coupled his batting skills with a fleet foot and earned the crown as king of the triple, hitting 312 over the course of his 19-year career in the majors.  His speed also made him a great base-stealer. Strategizing was an important aspect of base thievery, and Sam had it down to an art form.

Also not to be overlooked were Crawford’s strengths in the outfield.  The arm that split many a bat was also to be reckoned with in catching outfield fly’s, scooping up grounders on the run, and throwing runners out from tremendous distances. Over his years with the Tigers, Crawford worked the outfield with some of the very best.  In 1905 – 1910, “Wahoo Sam” along with Ty Cobb and Matty McIntyre held the title of best outfield.  And again from 1915 – 1917 when he retired, Crawford, Cobb, and Bobby Veach earned the distinction.

The outstanding talent on the Detroit Tiger’s team helped win them three trips to the World Series in three consecutive years – 1907, 1908, and 1909. Unfortunately, the championship title remained elusive and Crawford could claim three American League pennants, but not the Series title.

Crawford wore his uniform for the last time in September of 1917.  For the man who came of age playing ball, his major league career had come to an end.  To his credit, he lasted longer than most.  He had begun as a young man of 19, and ended his baseball journey 19 years later at 37-years-old.

Following a short four-year stint as an umpire in the Pacific Coast League, Crawford helped create and develop the California Intercollegiate Baseball Association. Then, for a man whose mild disposition, steady dependability, and athletic prowess had so defined him as one of the greats in the deadball era, he simply faded into the shadows.

In 1957, 40 years following his retirement, “Wahoo Sam” Crawford learned that he’d been selected to the Baseball Hall of Fame.  He was living quietly in a cabin on the outskirts of the Mojave Desert when reporters found him to share the news.  His friends and neighbors in nearby Pearblossom, California were astonished to learn that their quiet, unassuming neighbor and friend had previously been a Major League ball player, as he’d never shared his story with any of them.

Crawford’s final honor and accomplishment came in the year of his death, 1968, when he was inducted into the Cincinnati Red’s Hall of Fame.

“Wahoo Sam” Crawford had been lucky to live a life he loved and make a good living doing it.  Regarding his many records and time playing ball, he believed luck w as the great equalizer of a ballplayer’s abilities.

To “Wahoo Sam” Crawford’s credit, he always gave his best. 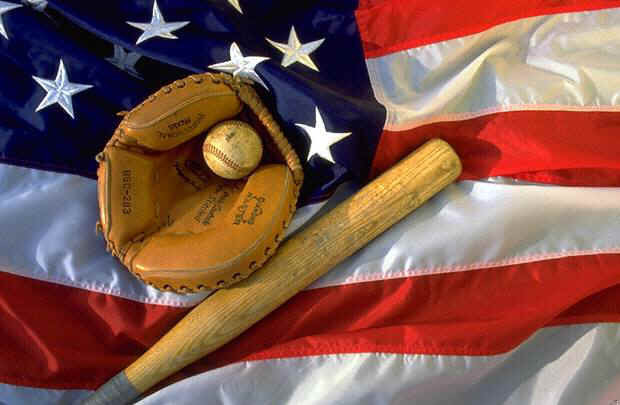