Ben Grandgenett grew up in Wahoo, Nebraska, a small rural town in the Midwest. Over 1,000 miles from New York, Wahoo never received The New York Times Magazine, the publication Ben now works at as a designer.

“Finding the magazine in college was life-changing. The design was smart, bold and conceptual,” Ben tells It’s Nice That. “The illustrations and photography were consistently brilliant, and the content was ever intriguing.” The varied editorial pieces sparked his interest, “from week to week it contains anything from a profile on a current musician to an in-depth report on the state of politics at home or abroad, to a photo essay shedding light on some of the most dire situations around the globe.” From there Ben was convinced: “After discovering it, I knew I had to find a way to work there.”

Ben was studying at the School of Visual Arts, New York, when he came across the glossy and informational pages of the magazine. His journey from admirer to employee was due to a student project. “I ended up at The New York Times Magazine, in part, because of a project I worked on during my junior year,” he explains. “My instructor, Carin Goldberg assigned our typography class to redesign The New York Times Book Review.” Fast forward to his second year of studying, Ben was put in touch with Gail Bichler, who at that time was the magazine’s art director. “I sent her a message saying how much I loved the magazine and asked about the possibility of interning, which eventually was how I started out at The New York Times.” After only two months, design director Arem Duplessis “took a chance on me and offered me a job as a junior designer, which I started a week after I graduated in 2013.” Four months later, Ben was promoted to a designer position where he has been working since.

“Working at the magazine is a constant collaborative process, between the various departments or between the range of artists, illustrations and photographers we work with each week,” says Ben on his practice. “My day to day routine varies from designing feature stories and front-of-book pages, commissioning illustrators and conceptualizing approaches for upcoming stories or issues.” After Arem Duplessis moved to Apple in 2014, Gail became the publication’s design director, overseeing each issue and Ben’s work. “One of my favorite aspects of working on a weekly magazine can at times be the most challenging —the fast pace.” The tight turnaround at The New York Times Magazine means Ben spends “typically one to three days on a design story from start to finish,” he explains. “While this often makes things exciting and satiates my desire to work with many ideas from week to week, it also means everyone has to work very quickly and decisively in order to get it done.”

The brisk pace of Ben’s work means he is “constantly being inspired by past and present design, art and culture,” says the designer. “It seems however that my biggest influences have always been those I’ve been fortunate to come into contact with.” For instance, the tutors who gave him that step up into the industry, “Carin Goldberg, James Victore, John Gall, Debbie Millman, all of whom brought something different to my thinking and approach.” Now at The New York Times Magazine Ben says it’s his fellow staff that spur on his creativity. “I have been able to work alongside a truly incredible team over the years: Arem Duplessis, Gail Bichler, Matt Willey, Kathy Ryan, Jake Silverstein and the rest of our staff on all sides of design, photo and editorial.” 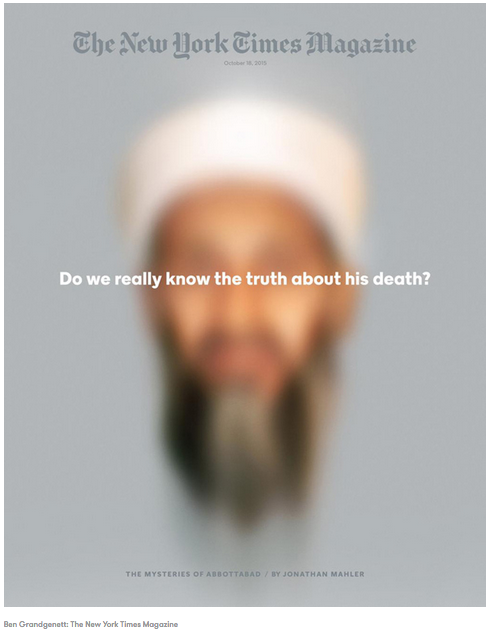 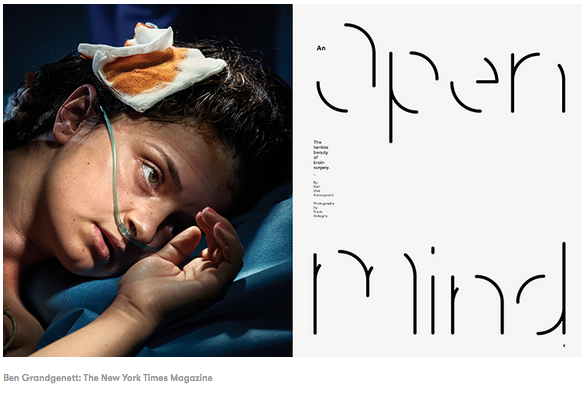 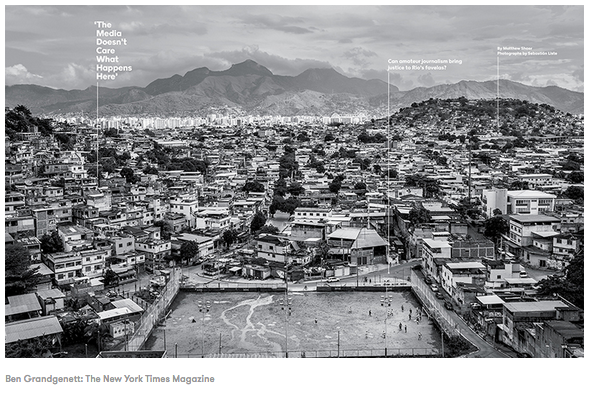 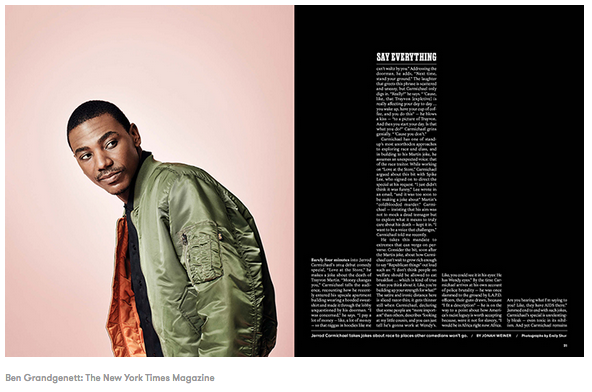 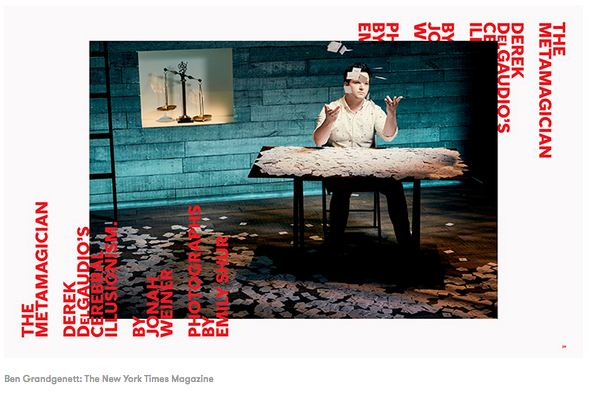 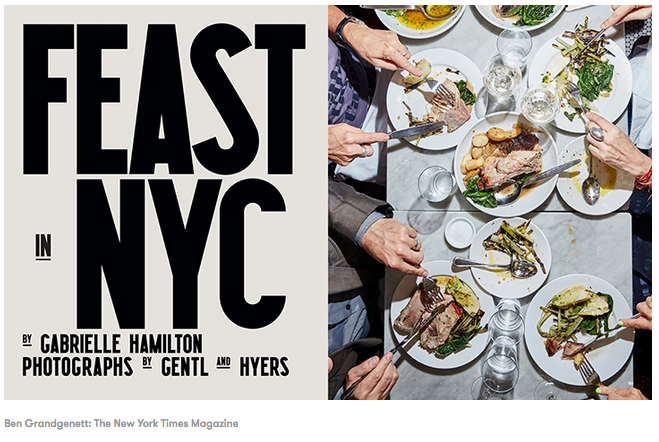 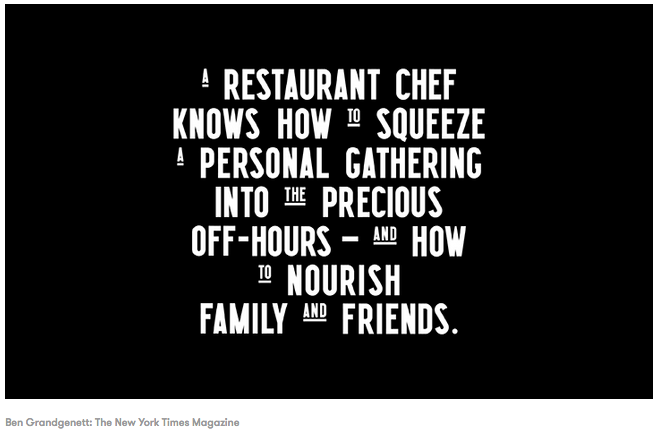 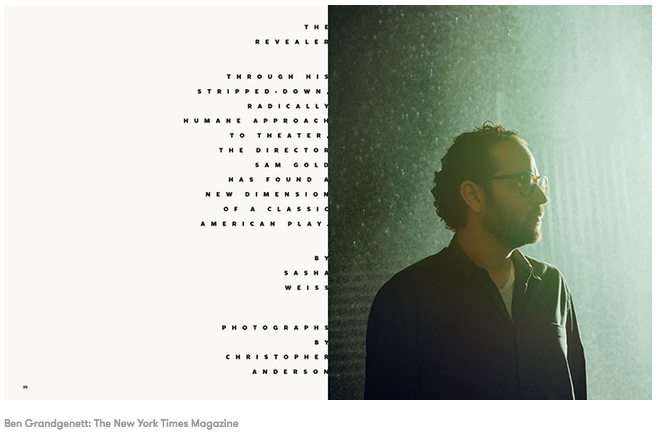 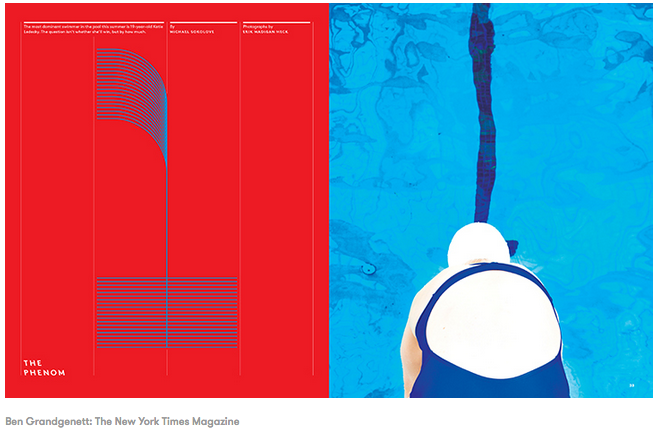 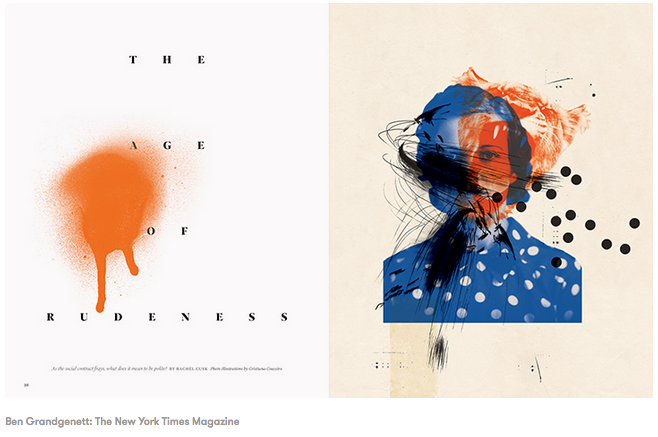 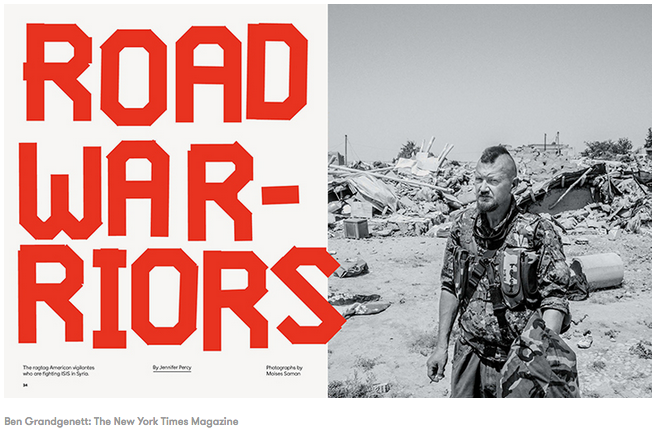 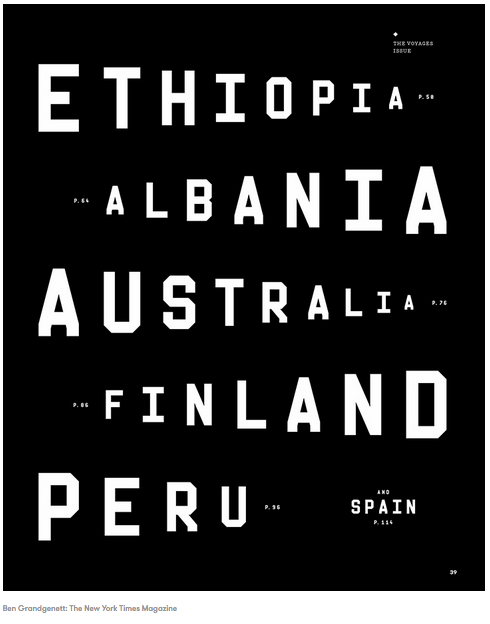 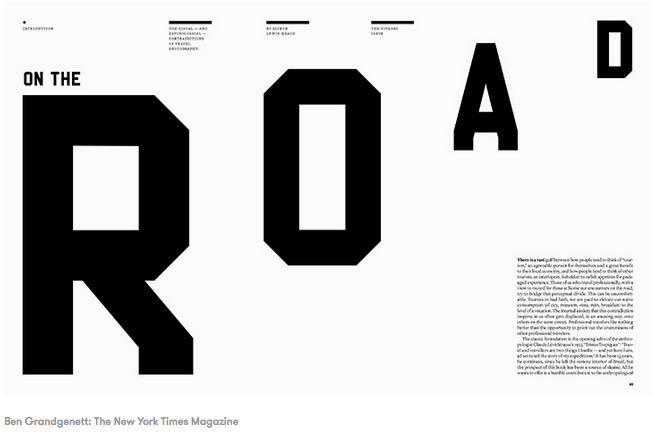 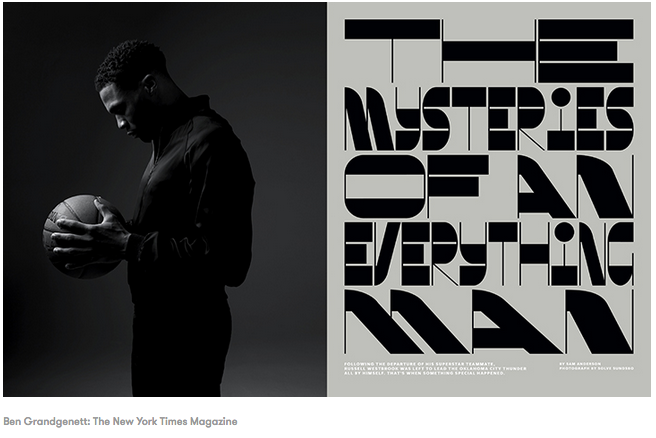