Wahoo Public Schools CLOSED for the remainder of 2019-2020 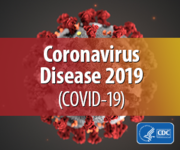 March 25, 2020 Wahoo Families, I hope this finds your family healthy and maintaining a positive outlook with so many unknowns surrounding us as a result of the COVID-19 pandemic. As a district, we want to thank all . . .

OCTOBER 2018 CHALLENGE Wahoo Elementary School is teaming up with Saunders Medical Center for a program called Youth Be Well! Our goal is to integrate healthy lifestyles with learning at school and life at home. . . .

This year, all schools located in Saunders County have utilized grant money awarded by the Nebraska Crime Commission to bring free therapeutic and other behavioral health services to its students. Joy Wallar, a licensed counselor employed by . . .

The Wahoo Public Schools have implemented a new procedure regarding head lice. Please click HERE to view it. This procedure, effective 9/23/2015 , is being followed in all three school buildings throughout the district. Research . . .

Protect yourself from enteroviruses

Cold and flu season is here and Three Rivers District Health Department wants local residents to protect themselves. There has been much concern in the community with the report of multi-state clusters of children with severe respiratory . . .

Parents play a key role when it comes to keeping their teen safe on the road!

Why do teens crash? Teens don’t get into a crash because they don’t know the basic rules of the road. Rather it is because of their inexperience, immaturity and driving in high-risk situations. Motor vehicle crashes are . . .

Carbon Monoxide is a Killer 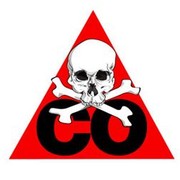 Michael wasn’t exactly sure why he felt so bad. He thought he had the flu or food poisoning. He was nauseated, vomiting, dizzy and tired. His head was pounding. He called the Nebraska Regional Poison Center and was diagnosed with . . .

Students at Wahoo High School recently took a timeout in the afternoon to get physically active. The "Watcha Doin?" campaign kicked off the first annual “Activity Day,” where students performed various activities from potato sack races to . . .

"Nebraska: the Good Life" might be more than just a slogan. Channel 4 News out of the United Kingdom recently did a video report about the "New American Gold Rush," focusing on the effects of the world's high demand for corn, which is . . .

Teen Choking - Not Just a Game

An alarming new party game is occurring, where teens are choking or strangling themselves or their friends, to induce a loss of consciousness for a feeling of being "high." Teens know this risky activity by several different names, . . .

The Bullies and the Bullied

Modern technology has expanded the problem of bullying from within the school walls to public humiliation via Facebook, twitter, texting, etc., leaving behind a path of human destruction.  Bullying is an epidemic right now; children . . .

June 30, 2010Published by the National Institutes of Health, Department of Health and Human Services

School’s out. Things are slow at work. And the warmer weather brings lots of new opportunities to improve your health: plenty of fresh, local produce and more choices for outside activities. Here’s how to make the most of the summer months. . . .

If your child participates in high school sports, please read the following two resources pertaining to the dangers of concussion: Heads Up: Concussion in High School Sports--A Fact Sheet for Athletes (published by the U.S. Department . . .

Strike a Chord for Health

Music Matters for Body and Mind

March 30, 2010Published by the National Institutes of Health, Department of Health and Human Services (January 2010)

Music can lift you up. It can bring tears to your eyes. It can help you relax or make you get up and dance. You probably hear it several times a day—on the radio or TV, in the supermarket, at the gym or hummed by a passerby. Music’s been with . . .

Truth Often Opposite of Common Stereotypes

Kids of every age attempt to sway parents and other adults with the arguments that everyone is doing it, everyone has it, or no one else has their rules. This is a type of persuasion, much like the self‐fulfilling prophecy that kids can fall . . .

Over 50% of WPS Staff Now Know Their Numbers

On April 29/30, staff members of Wahoo Public Schools had the opportunity to get to “Know Their Numbers.” Three Rivers District Health Department came to our campus to offer Personal Health Risk Assessments for employees as a part of . . .

Cases Likely Associated with Other Cases in the Omaha Area

Two cases of Salmonella were confirmed in Saunders and Washington Counties last week. On March 3, the Nebraska Department of Health and Human Services reported 14 lab confirmed cases, state-wide, with the probable source coming from an . . .

Tips for Teens: Driving Requires More Than Just a Set of Car Keys and a License

With spring on our doorsteps, and warm weather right around the corner, Wahoo High School students are ready to slide behind the wheel, roll down their windows, and cruise the square. Whether you’re driving by yourself, or with a couple . . .

Each year, carbon monoxide poisoning kills nearly 500 people nationwide and sickens thousands more. According to the Centers for Disease Control, Nebraska has one of the highest percentages of carbon monoxide fatality rates in the United . . .

The Effects of Corn Syrup Aren't So Sweet

Trying to save money, food companies introduced High Fructose Corn Syrup (HFCS) into the food market in the 1970s. Sweetening manufactured foods this way is profitable, because it is less expensive and much sweeter than sugar, yet easy to . . .

While Not Often Discussed, Research Suggests Dating Violence on College Campuses Is Not Only Prevalent, but Also Tolerated

This article is reprinted with permission from the September 2007 issue of Counseling Today, the monthly newspaper of the American Counseling Association ( www.counseling.org ). Early in her professional career, Carol Klose Smith . . .

Jane Hambleton has dubbed herself the "meanest mom on the planet." After finding alcohol in her son's car, she decided to sell the car and share her 19-year-old's misdeed with everyone -- by placing an ad in the local newspaper. . . .

Bagels as big as frisbees. Muffins the size of flower pots. Bowls of pasta so deep, your fork can barely find the bottom. It's not surprising that waistlines of kids and adults have been expanding over the last few decades. Part of the . . .

Make Time to Read to Your Children!

Without exception, research clearly shows that reading aloud to your child(ren) is one of the most important things you can do to prepare them for academic and personal success. Best-selling children's author Mem Fox has established . . .

"Family Day - A Day to Eat with Your Children": A National Initiative to Remind Parents that What Your Kids Really Want at the Dinner Table is YOU!

The Power of Parenting Whether you’re cooking a gourmet meal, ordering food from your favorite take-out place or eating on the go, rest assured that what your kids really want during dinnertime is YOU! Family meals are the . . .

The 'Game' Has Taken the Lives of Two Lincoln Teens

This article was originally posted in 2007. This past Friday, a David City Aquinas 6th grader passed away from participating in this dangerous game, so we have decided to re-post the article.  PARENTS: For more information . . .

Government Releases MyPyramid to Stress Importance of Nutrition and Exercise

MyPyramid was introduced in 2005 as the new food guidance graphic to share the importance of individualized eating plans. Shortly after this was introduced, the government released MyPyramid for Kids to help share with children, ages . . .

Article courtesy of the Academy of General Dentistry

Sports beverages and energy drinks appeal to people who maintain a healthy lifestyle. However, the same drinks that claim to recharge the body after a workout could cause more irreversible damage to teeth . . .