On Thursday, May 6, the 4th and 5th graders in the Wahoo Chess Club competed for the club championship of their grades.

“The students enjoyed playing in chess club this year,” said WPS Chess Club Sponsor Larry Fangman. Luk“It was good to give the students a taste of a tournament at the end of the year, since all of the regular tournaments we normally attend were cancelled this year. We look forward to a regular schedule and more competitions next year.” 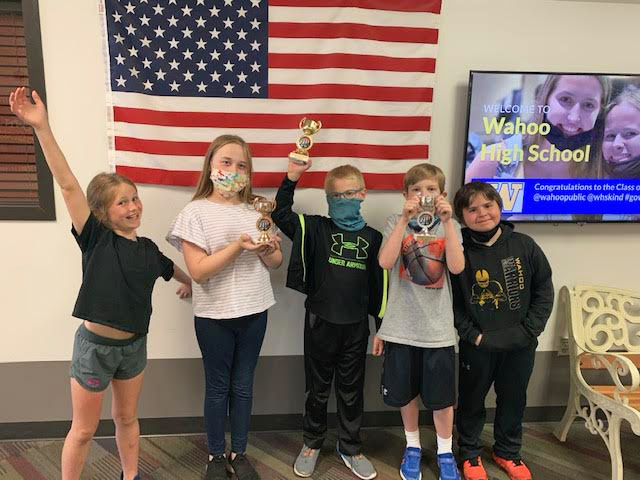 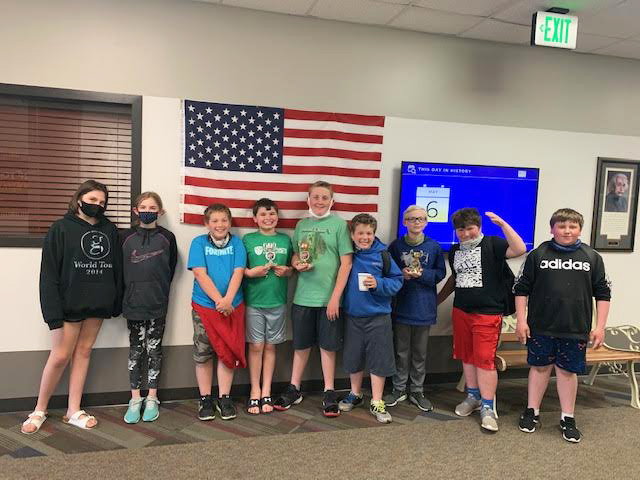 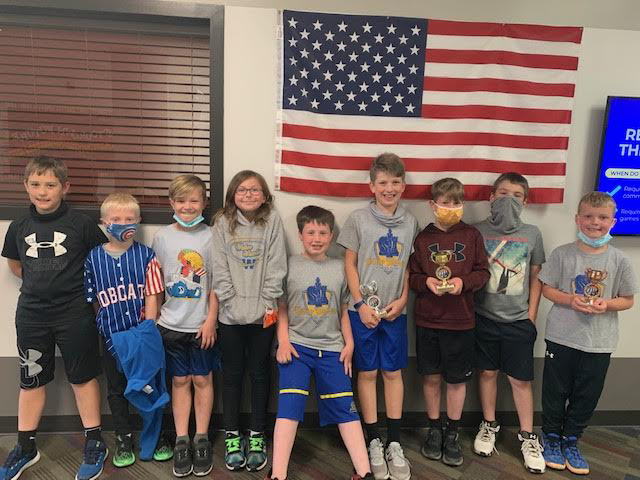 “The third graders were enthusiastic all year,” said WPS Chess Club Sponsor Larry Fangman. “It was fun to see their progress throughout the year.”

The Wahoo Chess Club competed for the first time this year at North American Martrys in Lincoln on January 25. Students competed in divisions with five to ten other competitors. Wahoo Middle School 8th grader Gabe Harris and 7th . . .

Wahoo senior Noah Polacek, following a summer where he finished 32nd out of 48 in the Denker Tournament of State Champions in Madison, Wisconsin, continued his strong play by challenging and beating some of the top adult players in the state . . .

American comedian Emo Philips once said, "a computer once beat me at chess, but it was no match for me at kick boxing." For many who have experienced the mental torture of the game of chess, these words ring true. Fortunately, . . .

Students prepare for next event: Fremont Chess Festival on April 21

Twenty-two Wahoo students from the elementary and middle school participated at a chess meet at St. Matthew’s in Bellevue on March 10. Wahoo finished in second place in the team competition, falling short of the championship by . . .

The full Wahoo Chess Club team competed together for the first time at North American Martyrs in Lincoln on January 27.  The trophy winners in the elementary were fourth grader Will Mortensen (3rd place), and fifth grader Isabel . . .

Having "good moves" is a definite asset in the world athletics . . . in world of dancing . . . and in world of chess, and WHS junior Noah Polacek can move with the best of them! Polacek was Wahoo’s only medalist at the . . .

The Wahoo High School Chess Club opened their season on October 28 at the Rated Open at the University of Nebraska at Omaha. Sophomore Marshall Elder captured the first place trophy in the Under 700 rated division. Fellow sophomore . . .

Wahoo High School sophomore Noah Polacek won the Nebraska State Chess Association Class E Championship (for players with a rating from 1000 to 1199) held at the University of Nebraska at Omaha on December 3! Polacek won all of his . . .

Wahoo sophomore Noah Polacek, who entered the Nov. 19 UNO Rated Open with a U.S. Chess Federation ( USCF ) rating of 800, upset three opponents with ratings over 1000, on his way to a second place finish! Polacek lost a close match . . .

The Wahoo Chess Club brought its largest contingent ever to a chess meet, as 29 students in grades 2-12 participated in the North American Martyrs Chess Meet in Lincoln on Saturday, January 30. Wahoo captured four first place . . .

WHS sophomore Caleb Groff went undefeated on Saturday to best 25 other opponents in the 800 and Under Category at the UNO Chess Meet. WHS junior Jack Maass also had a big day for the Wahoo High School Chess Club, finishing in third . . . 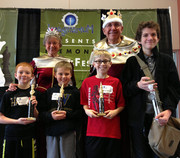 Senior Zach Clark celebrated his 18 th birthday by winning first place in the Under 800 Section of the UNO Rated Open Chess Tournament on Jan. 24! Clark won four matches and lost only one on his way to capturing the title. Junior . . .

The Wahoo Elementary Chess Club students made the most of their first meet of the year by capturing one second place trophy and two third place trophies at the Jan. 17 North American Martyrs’ meet in Lincoln.  Players are . . .

There are no shoulder pads, but make no mistake about it: when you play chess, you do so at your own risk! As Marcel Duchamp once stated: "Chess is a sport. A violent sport" . . . and Wahoo High School competes with Nebraska's . . .

Team Finishes 6th out of 39 Teams at St. Patrick's!

The Wahoo Chess Club competed successfully at their first two tournaments of the year. At Millard South on December 15, Caleb Groff led Wahoo with a first place finish, while Braden Harris and Trey Shanahan also captured trophies in . . .

The Wahoo Chess Club made their 2011-2012 at two meets in Omaha.        On October 29, 8th grader Cole Talbert, Wahoo’s lone competitor, took home the first place trophy by checkmating all of his opponents at the . . .

The Wahoo Chess Club competed in its first meet at the River City Round-up Days at the Qwest Center in Omaha on October 2. Brent Urban and Tyler Urban competed for the high school. A highlight of the meet was when the two brothers . . .

The Wahoo chess club is now in its second year of existence. The club competed for the first time this season at the Omaha Central Chess Tournament. The high school team finished in second place. Kory Divis led the Warriors with five . . .